The game is still in the embryonic state right now as the only thing I've made has been assets, but since this is my very first game, I'll upload a demo when it's ready and then get to work on the full game. Over in the screenshots area are images of the main character, Raziya Vrede. It's probably weird of me to open a project like this but I'm weird so I'm gonna roll with it!

Quest Of Raziya is gonna be a top down pixelated 32-bit 2.5D stealth-platforming RPG with turn based battles and it'll have top down shmup mini games as transitions to new worlds. Which are skippable if you completed that world. It's gonna sound and look as mid 90's as possible hearkening back to the transitional period between SNES and PS1. And it will be compatible with a keyboard and mouse, touch screens if your device has one, and any controller or control scheme with a directional apparatus a pause button and 7 or more action buttons.

At your disposal will be tech attacks and powers, (which will be powered by Electricity magic,) elemental magic attacks and powers, (for the non-electric stuff) and physical attacks. 97% of the physical attacks will be wrestling moves. Mainly obscure and complex wrestling moves at that. Because I'm a massive wrestling fanatic and I feel like it. You can even assign select attacks and powers to your back triggers if your controller has more than 6 buttons, or to certain directions on your right stick if you have one, both for battles and stealth. This also applies to keyboards or touch screens or external devices.

The overworlds will be a stealthy version of Legend Of Zelda A Link To The Past but with platforming and you can freely jump. And you can freely shoot stuff regardless of health. If the enemies see you or are completely impervious to stealth, you engage in a battle with them. But you can stun or damage or even kill most out of battle with a plasma blade or plasma bullets or some select physical attacks as long as they don't catch you.

The battles will be turn based, but with a refreshing twist. Basically you and your opponent both pick an attack. When you attack, you'll see a transitional anime style pixel animation in the middle of the screen as you charge it, (either by tapping or holding a button,) then you have to aim the attack at your opponent as they run around the battlefield trying to dodge it until the attack is done. Or if it's physical, you chase at your opponent until you catch them and you see a transitional animation of the hold you put on them. When your opponent is attacking, it's the exact same thing but you have to dodge. It's essentially gonna be like a Chrono Trigger and Super Mario RPG sandwich on Undertale bread with a side order of Hybrid Heaven chips. (I really hope that doesn't sound too complicated) The control scheme will also be very much like Super Mario RPG Legend Of The Seven Stars.

The shoot 'em up sections will be more or less a mini game and very much like Galaga. But sometimes more bullet hell when it comes to major areas. If you run out of HP on these sections you'll just crash land on a nearby piece of land that you can also manually make a pit stop at anyway to recover or buy some basic items then jump back into space combat or just enter the world you were traveling to if you've already beat it, and in these sections you can earn some extra EXP and loose items by blasting enemies to they'll have a bigger purpose than just tacking on another genre for diversity. And they'll range from relatively short to very very short.

Year 3076: On an alternate universe version of Earth called Ypos-Erets, everything was peaceful. Tranquil. Fun. Plentiful. Prosperous. Sure there was the odd crime here or
there somewhere in the world or the odd seedy town, but there was justice. It was a lot like our world but more of a scientifically advanced utopia with elemental magic. Until
the Supreme Emperor election. There were 10 sages hand picked as candidates representing 10 elements in their respective 10 elemental continents keeping the world at balance.
Earth, Grass, Water, Ice, Wind, Fire, Metal, Electricity, and the two Supernatural powers, Darkness and Light. Some because they were next in line for the throne, others
because they had political ideas their respective people could get behind, all but for one man... Dwezil Bezique. A wealthy playing card tycoon born with a silver spoon in his
mouth, he pretended to be a humble gentleman just to make friends and partners he could run out of business, court women he could marry only to devorce, sue and bankrupt, and
make loyal allies with gulible religious leaders within his party just for candidacy. He covered up any scandal before they could break out, and he pretended to care about the
working class giving empty promises of prosperity to small refugee camps of terror victims and sick, homeless and elderly, as he used a divide and conquer scare tactic pushing
theocracy as peace by indoctrinating thousands into irrational paranoia and distrust of people who doubt him or his beliefs. Enough people followed him afraid they would
perish should they cast their vote for the any of the other 9 sages, and some became terrost support groups for his base and candidacy. Despite all that, he initially lost the
election to the Electric candidate Khotso Vrede. Boiling with rage and jealousy that he had lost to Electricity, he sent a hitman to assassinate Khotso in cold blood and switch
ballots claiming the election was rigged, and before you knew it, he was made Supreme Emperor. Despite not really having any mastery over any element besides Metal, he soon
embezzled funds from the other nations and made executive orders that the other 9 sages relinquish their land to him, and hand over the gems of their crowns that give them
their elemental power. Becoming more and more power hungry by the hour, he usurped more and more of the planet not even caring that their resources were dying. The entire
world's population knew he had to be stopped. A world war between Bezique and every nation of Ypos-Erets broke out, with neighboring planets becoming allies to the anti-
Bezique contingent. Many lives were lost, every sage permanently injured,and their elemental gems stolen. But the power was much too strong for Bezique. He had finally become
a furious god of destruction, and frustrated with everyone wanting him dethroned, he went deep undergound to the bottom most chamber of The Tower Of Rule and caused the
apocalypse as the planet of Ypos-Erets was destroyed into 9 semi-connected flat micro-planets, that at the time of destriction were barely inhabitable. Bestowing the gems
and the countries they originated from, to his top 9 guardians giving each of them overwhelming elemental power, as he no longer needed them. Little did he know that the Vrede clan
were able to take back their Electricity gem. And luckily, all of the allied planets were able to salvage those chunks of Ypos-Erets and make them somewhat inhabitable through a peace
treaty, but they are still owned by Bezique with his forces still guarding the gems he stole. The three major continents have been ravaged by Greed, Chaos, and Famine. The allied planets have formed a uptopian citadel as a space sanctuary where everyone across the galaxy can live in an assemblance of peace until Dwezil Bezique is destroyed. The allied planets are the resistance, the guards are Bezique's shield, and his power remains unstable due to his madness.

20 years later: Enter our hero. Reziya Vrede. She is the great granddaughter of the slayed Khotso born three years before his tragic demise and a member of the Archangels. They aren't literal archangels of course but more of a specially trained intergalactic guerrilla police force formed
to stop the tyrannic rule of Bezique, restore the gems to the sages he usurped, and piece the world back together chunk by chunk back to the way it used to be. Raziya on the other
hand, besides also fighting for peace, tranquility and equality, also wants justice for what Bezique did to her great grandfather and the years of anguish he caused her family and
the entire population of Ypos-Erets. Passed down to her from her grandfather the Electricity Sage, Baruti Vrede, she has the power of electricity as well as a mastery of electronic
technology. Making her able to shoot bullets of electric energy, slash with a retractable plasma blade, stun targets with a mighty zap, and do much much more should she upgrade and
equip new technology, improve her electric abilities, or become strong enough to be bestowed the Electricity gem. Raziya's mom, Hiroka Ito-Vrede, is a military trained and well respected
Chief Archangel, former champion fighter in all combat sports and current special defense trainer to the force. Because of this, Raziya has had extensive combat and self defense training,
which you can further improve to strengthen her striking, grappling and athletic ability beyond tech and magic. In order for her to be strong enough to eliminate the repulsive toxicity
that is Dwezil Bezique, she must learn and earn the magic and technology of 8 to all 10 elemental powers, (while improving and expanding her already superb physical combat skills,)
eliminate Bezique's guards, and return the gems to the sages they belonged to in order to restore the planet of Ypos-Erets and make it whole once more.

You can keep up with the project on my blog, and you can always give me feedback there or here. I hope I can start getting screenshots ready as soon as possible! 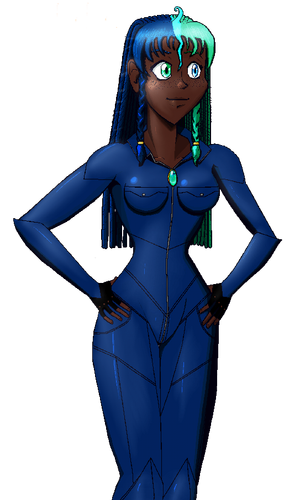 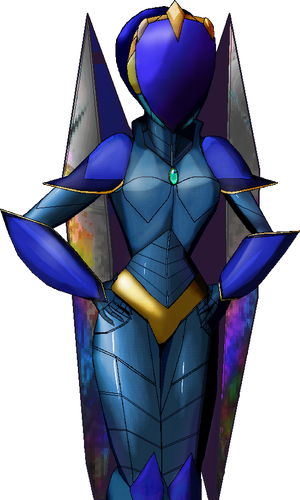 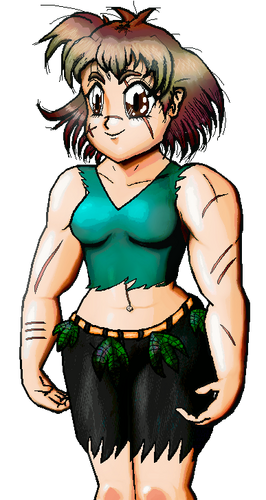 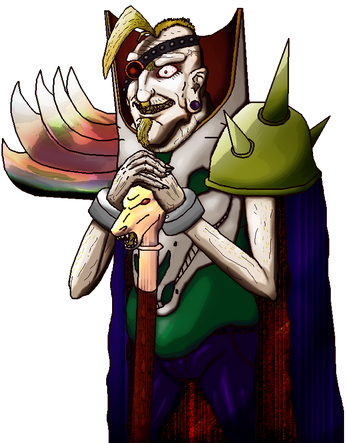 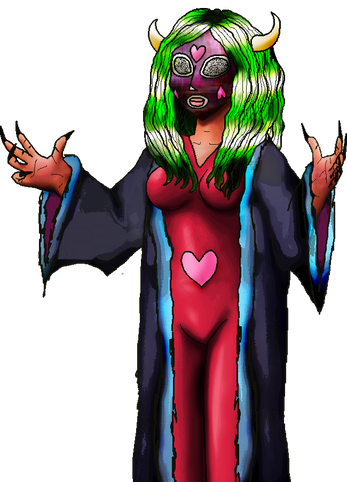 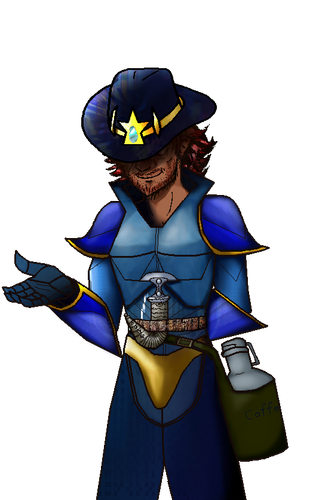 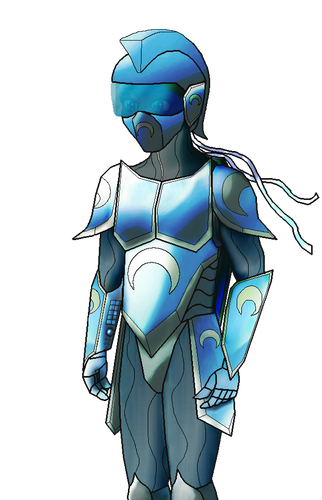 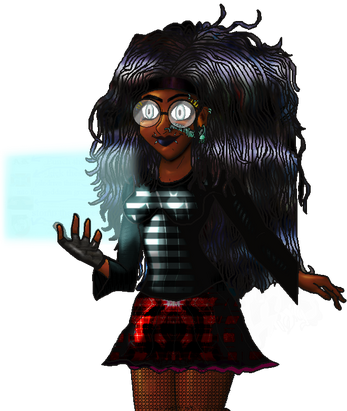 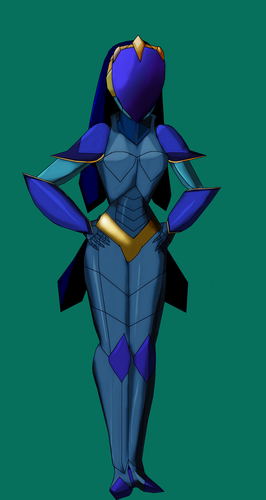 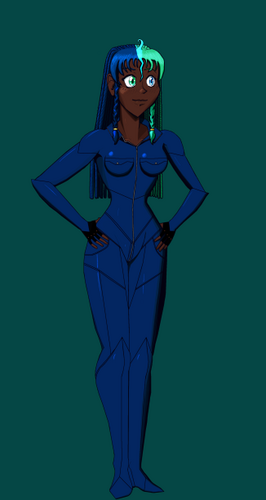